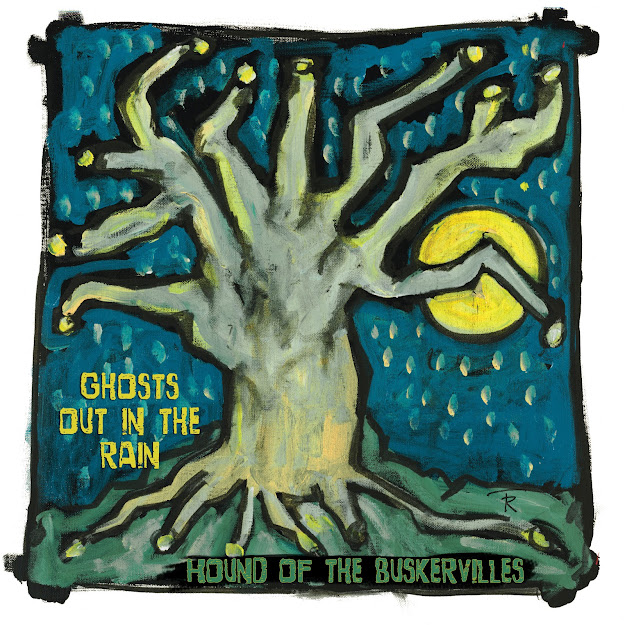 We're All Working for the Pharaoh. A Buskervilles Jam.

An album preview: Our take on Richard Thompson's "Pharaoh."

We call what we do "Cryptofolk."

It's not a catchy, marketable label because you don't know what it means. Neither do we, it turns out. In fact, as a marketing ploy, it's arguably the worst descriptor we could have come up with.

If we said we're a "folk" ensemble you might disagree.

Or you might ask, "What does 'folk' mean?" And we wouldn't be able to tell you...and we'd be back to where we started.

And we're not a bluegrass band. Or a country band. Or a jazz band. Or a rock band. I don't think we we're really a jam band, either - but maybe we could be persuaded.

You tell us. Use nice words, please.

This is what we know:

We lean toward songwriters with literary tendencies (but not always).
We like long, rambling instrumentals that give the players room to explore and interact with one another.
Dan, Phil, and Eddie, are virtuoso listeners who pay close attention and respond to one another and to Marty's vocals.
We prefer a transparent, mellow sound that's closer to chamber music (or perhaps "chamber jazz") than rock.

So for now it's "Cryptofolk."  If you have a better idea, let us know. Comments are free. We get what you pay for.


Posted by Hound of the Buskervilles at 12:58 PM No comments:


Over the years, a number of people have asked why Hound of the Buskervilles has not released an album.

(Yes, we have fact-checked this. Three is a number.)

There are many good reasons why we have not. But we're musicians, so "good reasons" are never good enough for us.  But bad reasons are better than no reasons.

This was recorded live in the legendary upstairs living room at "Old Stucco."

Dan Boone set up the mics (and the lines if anybody wanted to plug in directly to the mixer).

We sat in a circle.... Well, actually it was  more of a lop-sided rectangle, that is is to say, an irregular quadrilateral - which a professional geometer might call a trapezoid. We didn't think to take a picture, because we were living in the moment, and pictures are about connecting the past to the future.

We could see and hear each other. It's the way we like to play music.


Posted by Hound of the Buskervilles at 12:15 PM No comments:

A great cause and Great Day Live 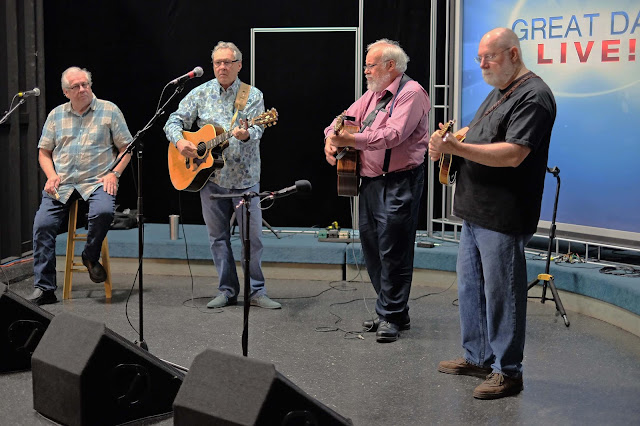 The Hounds are proud to continue our support of the Dona O'Sullivan Fund to Fight Homelessness.

Dona was an indefatigable fighter for social and economic injustice. She recognized the importance of excellent educational and professional development in assuring that front-line social workers are able to furnish effective service and advocacy.

Earlier today, we joined Maria Price (Executive Director of the St. John's Center for Homeless Men and a member of the Dona Fund) on WHAS-TV's Great Day Live to share information about the Fund's annual fundraiser (and to play a couple of tunes).

On Monday, Flanagan's Ale House (934 Baxter Avenue) will donate proceeds from food sales to the Fund. This is an all-day fund-raiser, and Flanagan's opens at 11, so drop by for lunch.

From 6-9 pm, the Hounds will furnish music on the patio (but this is a rain or shine event; if Hurricane Florence sends weather our way, we'll move inside to Ale House banquet area).

Here's a video clip of today's interview and performance. We played John McCutcheon's "Y'all Means All," a great (and timely) song about diversity and compassion. By the way, Maria Price took the photo above.

We hope you'll join us.
Posted by Hound of the Buskervilles at 11:18 AM No comments:


Plan ahead!  Hound of the Buskervilles will kick off Thunder weekend at Clifton's Pizza, your Louisville source for authentic imported Maine Whoopie Pies (not to mention Calzones, hand-tossed pizzas, and great Italian Beef sandwiches...).

For a free sample of the musical fare, click the link above.

For information about Clifton's, connect to www.cliftonspizza.com.
Friday, April 22.  2230 Frankfort Avenue.
Posted by Hound of the Buskervilles at 10:16 AM No comments:

Superbowl Eve finds Les Triplettes des Buskervilles - the trio configuration of Hound of the Buskervilles - crossing the Ohio River for the our first-ever foray into the Sunny Side of Louisville.

Marty Rosen (vocals and guitar), Eddie Hysinger (harp), and Dan Boone (mandolin and other strings), will be at the Floyd County Brewing Company on Saturday, Feb. 6, for a night of food, froth and follies.

The folks at Floyd County Brewing Co. will furnish an appetizing list of craft Froths and a great menu, all served up in a beautifully restored building that dates back more than a hundred years. .

Hound of the Buskervilles will furnish tuneful folk music follies from 7-10.

For information about the Brewing Company, check out: www.floydcountybrewing.com.

Posted by Hound of the Buskervilles at 8:49 PM No comments:

Hound (dogs) of the Buskervilles at Clifton's Pizza, Friday Jan. 8 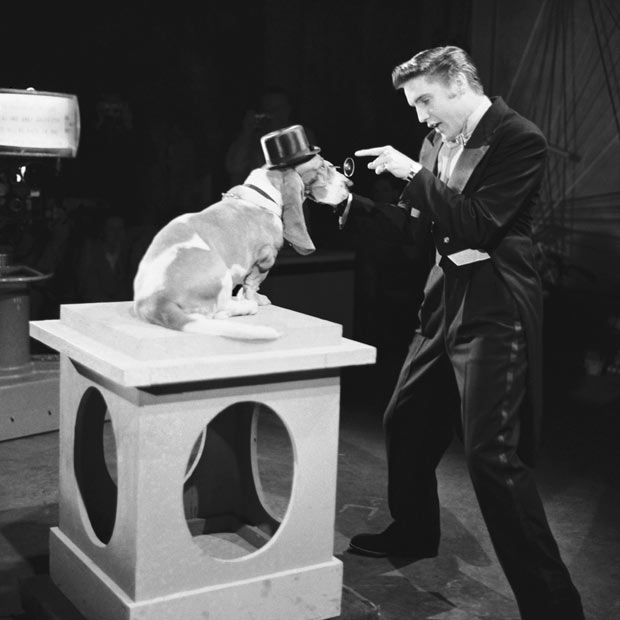 Where is Elvis? Even the FBI doesn't know.  But we do know he was a Hound.

And he liked bananas. And he liked peanut butter. So Clifton's Pizza is bringing in a jet plane, directly from the state of Maine, with a full supply of Whoopie Pies in both of those flavors.

And since E. was a Hound, he might just sneak into Clifton's this Friday to hear Hound of the Buskervilles pay some kind of homage to the master.

We'll start playing at 7:30.
There is no cover - but children still get in free.
Clifton's is at 2230 Frankfort Avenue.  No Cover.
(Note: This is a Les Triplettes des Buskervilles gig (Dan, Eddie, and Marty) because our musical colleague Phil is playing across town with MVP.)
Posted by Hound of the Buskervilles at 1:50 PM No comments: